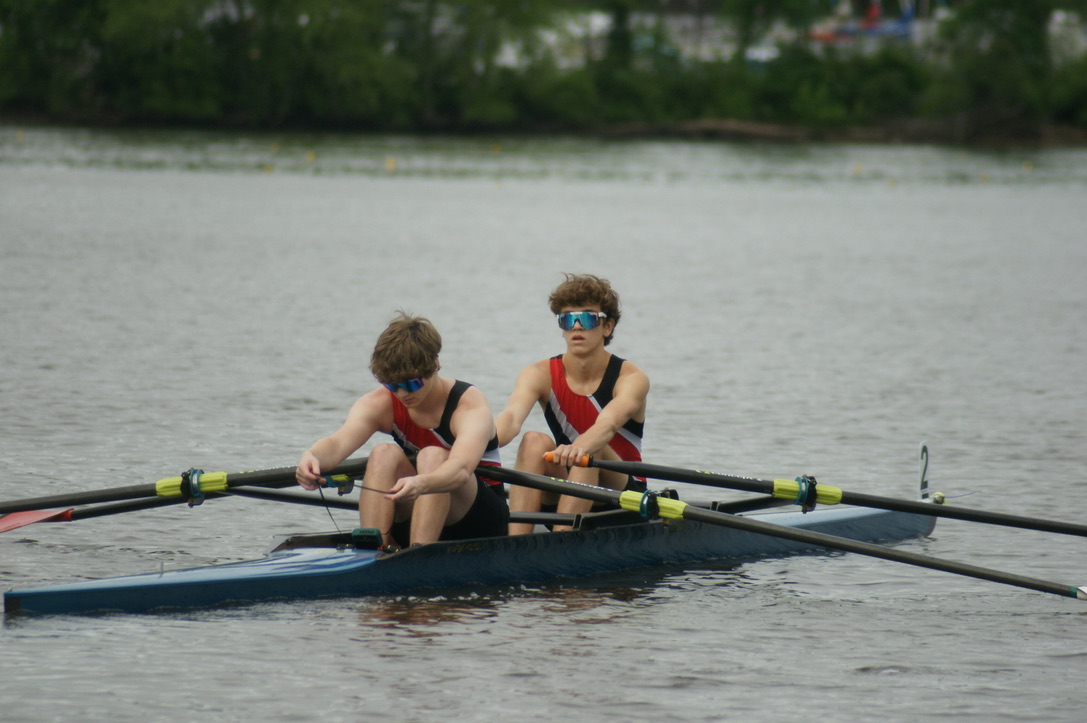 From taking care of the boats, training your body, hitting the water for practice, and striving for perfect rhythm and motion, so much goes into the sport of rowing. This rowing season brought more than the typical challenges – disrupted by the pandemic, along with unusually poor spring weather, making preparation time on the water very limited. Despite these, effort and determination has led to consistent success for rowers John Marsh and Lan de Jong of the Upper St. Clair Rowing Team, as they qualified for the Youth Scholastic Nationals this year – something that has not happened since 2017.

We were extremely proud to see them finish 9th in the nation in the Junior Varsity Men’s Double! It was a close, tight race until the very end and they definitely proved they were competitive in that elite field of Rowers. It was a great experience and achievement for John, Lan, and the coaching staff.

“Qualifying for the Nationals is already a great achievement. The competition on national level is fierce. There are high schools that have the boathouse facility next to their schools, practice twice a day. Rowing is part of their academic life. And there are high schools competing that are recruiting the best rowers to create a rowing team. Lan and John proved that they can compete on this level. The boys have set the threshold for next years, the team is growing let’s get the USC Rowing Team next year again in the Nationals.”

The Scholastic Rowing Association of America (SRAA) has run Nationals since 1935, which determines the North American champions. Schools come from all over North America to compete in more than 30 different events.